Vicky Hayward grew up in England, where she learned to cook professionally before studying history at the University of Cambridge. Her interest in social and cultural history shaped her work as a senior book editor at Weidenfeld & Nicolson and at Booth- 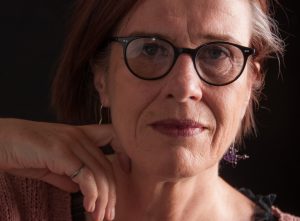 Clibborn Editions, the London-based publisher of cutting-edge visual books. For two years she lived in Vanuatu, working as an interpreter, translator and editor. As a features writer in London she covered popular culture, social issues, food, the arts and women’s issues for the Britsh press. She first got to know Spain as a child on family holidays and in 1990 her writing brought her to Madrid. Features for international media since then have covered food and gastronomy, principally for Spain Gourmetour (1992-2005), and society and culture, in particular flamenco, which led on to her collaborations with live flamenco programming, film and audio. For Insight Guides she has written pocket books on the Costa Blanca (1991), Madrid (1994) and Valencia (2006), as well as essays for regional and city guides, and she contributed to the relaunched Michelin Spain Green Guide (2011). Her writing on food, culture and history have converged in recent years. She revised and wrote new brief essays on Spain for the Oxford Companion to Food’s second edition, and in 2016 she finished her modern retelling of New Art of Cookery, a seminal 1745 Spanish cookbook in which she wove her translation of the original dishes between modernized versions and a new contextual backdrop. In 2017 she received the Jane Grigson Trust Award and the Aragonese Academy of Gastronomy’s Award for Best Gastronomic Research, in 2018 she was awarded the Spanish Real Academia de Gastronomía’s prize as author of the best publication of 2017, and in 2019 she was honoured by the newly created Juan Altamiras prize. A new essay was highly commended by the Sophie Coe Prize 2020.

When you began working on the book did you expect it to take so long?
It was «blue ocean research», as it’s called, so it was always going to be unpredictable and open-ended, but even so, I wasn’t expecting to find so many primary sources or spend two years recreating dishes at home. But these discoveries were gifts, nothing to hurry. By switching between the English language version, the research, the cookery, and writing of the historical text, it was easier to keep everything fresh, throwing up new perspectives.

Which area of work was most important?
They were all important to recreate Nuevo arte as readers enjoyed it in Altamiras’s time.

What were your main influences, apart from studying history?
I grew up assuming food was culture. My family visited, and lived in, different countries and then in the late 1970s and 1980s I relived that learning in London’s East End. Many musics, unknown aromas, glimpses into different ways of life, and foods of fairly hermetic cultures, all with a funky vibe, were on every corner. By then my first boyfriend had also taught me the richness of living alongside different belief systems, by which I mean faiths, agnosticism and atheism. He also taught me how to lead from behind. That said, when it comes to research approaches, certain tutors at Cambridge were definitely the key influences.

Recreated dishes are not usually part of academic historic cookbooks. Why did you invite guests, including chefs, to recreate dishes?
I think it’s crazy not to invite cooks into food history. Academic work opens perspectives, but so do sensorial readings, for which chefs and cooks have a special sensitivity. My modern text was intended as a close reading for historians, linguists and cooks, but I wanted guests from kitchens hi and low to feel free, inspired. Claudia Roden gave me the confidence to do it and it’s been one of the most exciting areas of the book. Kiko Moya’s takes on Altamiras capture so much because he considers the recipes in context, and he’s only just begun to experiment. For the time being most chefs are playing with the kind of historic cookery born in the Paradores from the 1960s. It’s completely different because it doesn’t connect with context. I think it’ll be some time before most chefs jump forward to a more modern approach.

Give us a menu summing up your own take on Altamiras’s style.
Well, thinking as a home-cook, I like his wild mushroom empanadillas. You can make them ahead of time and fry them when guests arrive. Then I’d choose a fresh fish dish, say, his salmon or tuna with a slow-cooked spiced onion and olive oil sofrito, and maybe cardoon or borage on the side. The sofrito is a great and easy way to taste his spicing. To finish his granizadas are great. Their spicing’s very clean, it’s surprising, and it cleans your palette at the end of a meal. For wine, Garnachas or Grenaches, especially the new whites and maybe a red with the empanadas.

What music do you associate with Altamiras?
Acapella song from the Pacific, rhythmically playful jazz, and contemporary classical music.

A favourite poem?
Perhaps one of Shakespeare’s love sonnets and some flamenco lyrics.

Tortilla with …?
A sticky centre.

A place linked to Altamiras?
The path from Alpartir village leading up past kitchen gardens, olive and almond groves, then along the irrigation channel to San Cristóbal friary’s back door. It’s a fragment of the old alms-collecting roads, and the landscape is almost as Altamiras would have known it.

Why did you choose to work on the 1767 edition, as opposed to the 1745 edition?
The 1767 edition has special interest for historians. Why? Well, in the early 1760s Charles III made a series of remarkable legal changes to encourage book publishing. Among them he removed typesetters’ responsibility for spelling and punctuation, giving it to the authors instead, who also had to approve any reprints. Hence it’s significant that the double 1767 edition spells Altamiras’s pen-name with the Aragonese spelling, not Juan Altimiras or Juan de Altimiras, as in earlier Madrid editions. This must have been his decision, or that of somebody speaking for him.

Why has it taken so long for Spain to rediscover Altamiras?
Well, nunca una profeta en su tierra, and, from a practical point of view, lack of research. The earlier Aragonese work and, in particular, the 1980s edit, was full of mistakes. For example, they presented Altamiras as a religious friar born at the end of the 17th century! But his humour, his cookery and his skepticism are lay, and his irony belongs to Aragon following the War of Succession. Of course there are deeper reasons too. Food history can be unsettling, especially when it stirs up memories of hunger in the recent past. Hopefully that’ll shift because the Spanish years of hunger, the most important European famine of modern times, are an area with huge potential learning for the future … and maybe the rediscovery of Altamiras will help the shift happen.

What next?
Who knows? Researching, cooking, and writing … almost certainly as an independent, with spot collaborations, depending on here the research menus of other people. Few projects in food history here engage with the historiography I would assume, so hard as it is –and it is very hard – independent research tends to be more productive and offers more to Spain’s thriving food and gastronomy culture. A press release claims I’ve worked on an Altamiras project in Aragon, but infact they’ve simply been working with my book. Meanwhile research has its own dynamic, you suddenly glimpse areas where you can deepen or extend knowledge, and it’s good to be able to follow up on them so a project remains a holistic whole.

How would you like to see food history developing in Spain?
Really, the first step for the coming years is to bring classic works of food history into the Spanish language. The work has been begun, but there’s a lot further to go. It’s essential, not only for classic historic texts, but also to study the methodologies of food history. People tend to believe, as a rule of thumb, that recent books are the most important ones to read, but seminal works, the classics, need to be read to understand the methodologies with decades of influence. For example, the study of cyclical patterns is important today, but the idea of their importance goes back to the French school, from the 1930s.