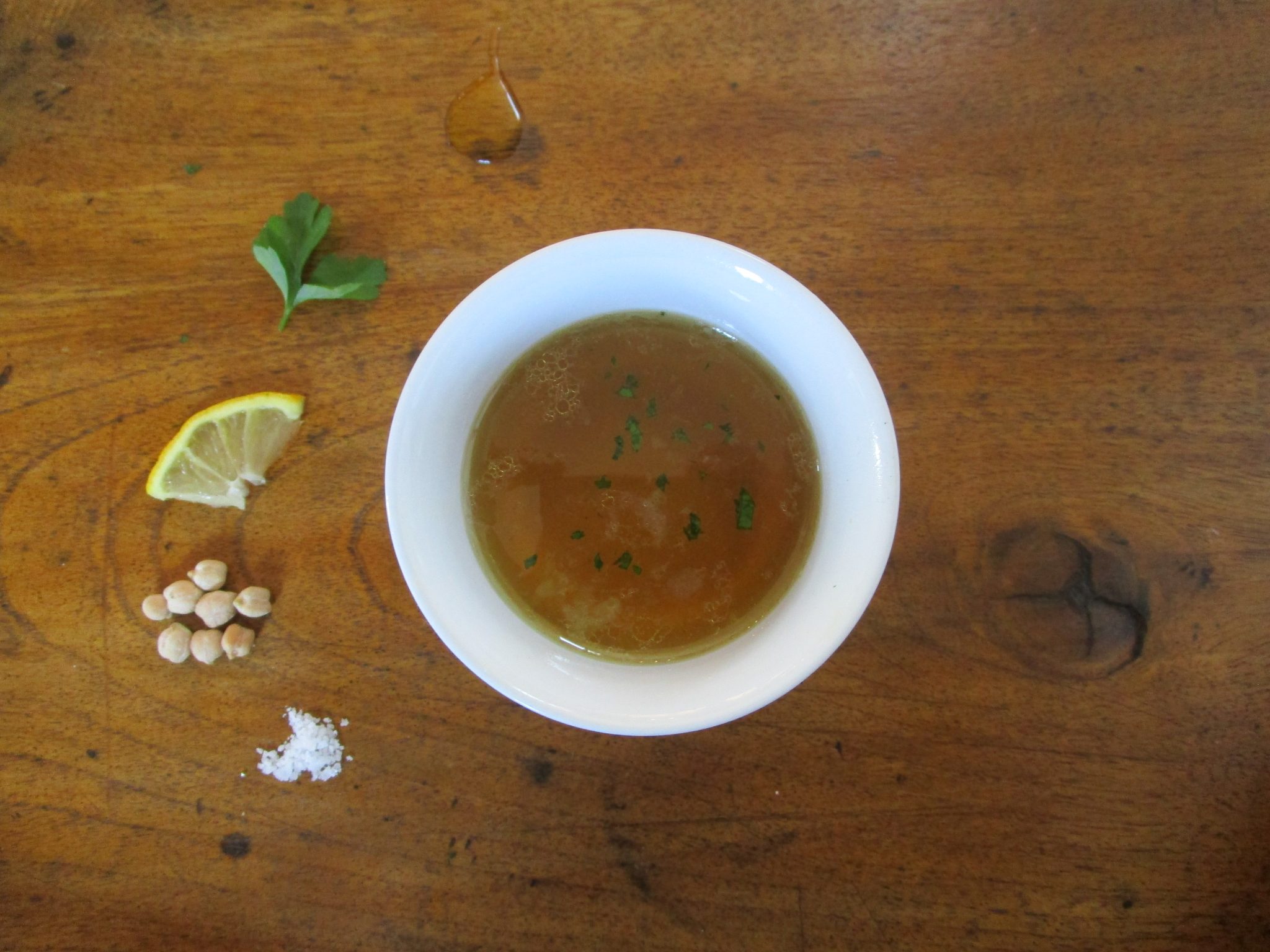 One recipe leads to another when you are exploring historic cookbooks and so it was that I discovered chickpea broth, which Altamiras thickened to make soup and used for cooking fish and a brilliant dish for potatoes, adapted from an earlier one for black truffles, with lemon, egg and saffron sauce. Intrigued by its nutty, sweet flavour , which makes for a great simple drink, I decided to experiment by making it with different Spanish chickpea varieties: Pedrosillanos from Salamanca, the slightly larger Fuentesaucos from Zamora, and finally pale, large round Leonese lechosos garbanzos. All give good results providing they are relatively freshly dried, no more than a year old. You can thicken the broth into a soup, as Altamiras did, or add spices or fresh herbs – chives, fennel,coriander or mint, for example – or you can simply strain and serve it, squeezing in a little lemon juice, a favourite French and Spanish cooks’ finishing touch in Altamiras’s day.