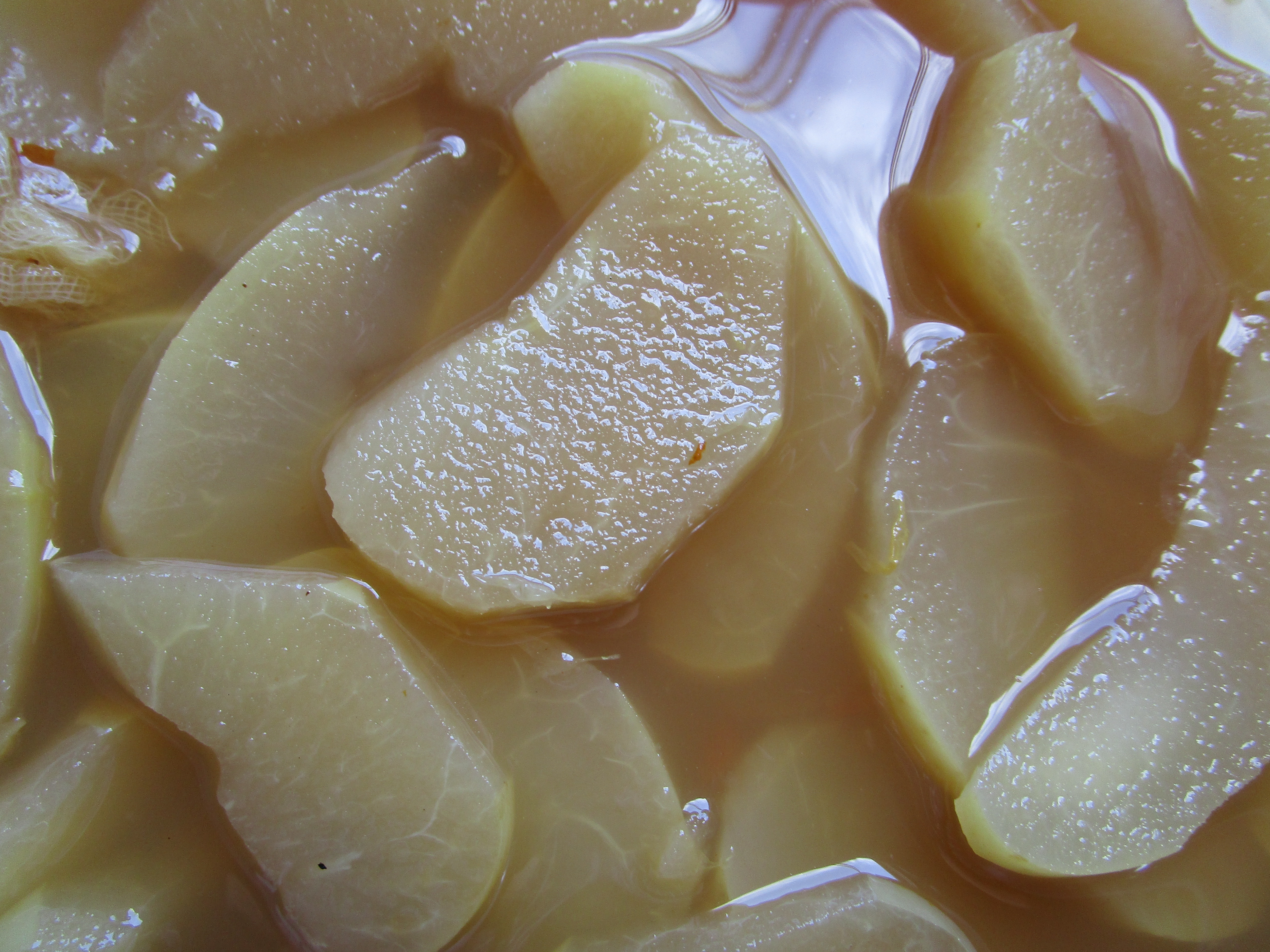 Luis Lobera de Avila, personal doctor to Charles V and author of an influential medical treatise entitled Banquete de Nobles Caballeros (1530), wrote of apples, “they do not make a good delicacy for the sick to eat when raw. …” He recommended them instead as “a conserve prepared with good sugar ….” Altamiras gave such a recipe, calling it camuesas reogada, at the end of his third chapter on meat-free cookery. Braising his apple with wine as well as sugar, he added witty wordplay about love and romance, but few cookery specifics. At first I recreated the recipe with classic cooking varieties, like Bramley, which have a satisfying acidic bite, but tend to give a purée. I like it best made with Verde Doncella, an apple probably known to Altamiras since it is native to his homeland, Valdejalón, where it still grows today. It remains very firm when cooked, so keeping its shape as slices. For the conserving syrup I simmer a broth made with the apple cores, unrefined cane sugar, a small glass of oxidised vino rancio – you can use red wine instead if you prefer – and some bay and sage leaves as well as cinnamon and citrus zest. They echo a medieval combination, salvajada, which was used to flavour meat dishes, and give the sweetness a pleasantly herby undertow. The apples are delicious plain, just as they emerge from cooking, warm or cold, but if you want to dress them up as a fiesta dish you can add caramelised appleskin curls and a fruit jelly made, for example, as in the photo, with pear and raspberry juice.