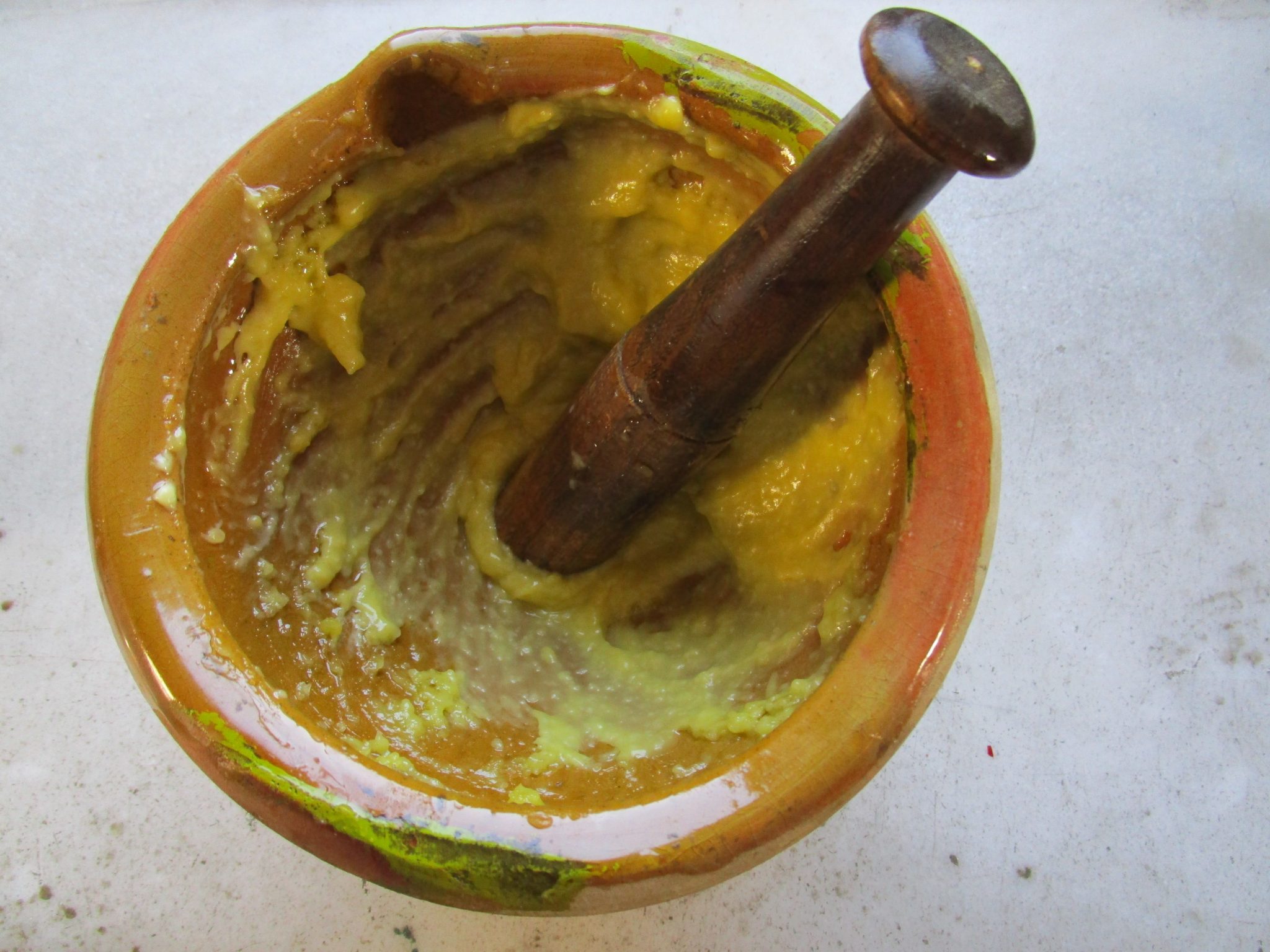 For a presentation on Spain’s hunger culture given at the 2015 Amsterdam Symposium I prepared an eggless alioli or ajo using a wooden pestle and earthenware mortar. It wasn’t as tricky as I expected provided the garlic, salt and a viscous olive oil were at room temperature for an hour before I started. By adding the oil first with a dripper, then with an olive-oil pourer, the emulsion held good to give a smooth, pungent and buttery paste, a reminder of its eighteenth-century French name, beurre de Provence, used by François Marin in 1739. (We owe the discovery to Hervé This.) Six years later alioli’s published debut in New Art, called an ajo by Altamiras, finds his version bound by egg yolk and breadcrumbs, a detail to be echoed in some French recipes. Francesc Roger, the Menorcan author of a Franciscan cookery manuscript dated c. 1750s-60s, called it oli bo and gave various recipes for it, which suggests it had been around for a long time in the island’s popular cookery. A long debate has taken place on the precise place of origin for both alioli and mayonnaise, but perhaps this is to miss a more signifcant point: the mobility on either side of the Pyrenees, in the old region of Languedoc and the Balearics, where shepherding, fishing, the monastic network, troubadours and seasonal agricultural labour created a vast dynamic urban and rural circuit around which oral food culture could freely move, albeit often unrecorded. When I served my alioli in Madrid I wondered what my guests’ reaction would be to its fierce garlickiness. Small dobfuls were more than enough on our platefuls of arroz negro, or black rice made with squid ink. Would I make it again? Yes, if garlic-lovers were coming to eat, but I prefer Altamiras’s lighter ajo made with yolk and mint, a flavouring overdue a revival now that flavoured aliolis are in fashion.

Amsterdam Symposium on the History of Food