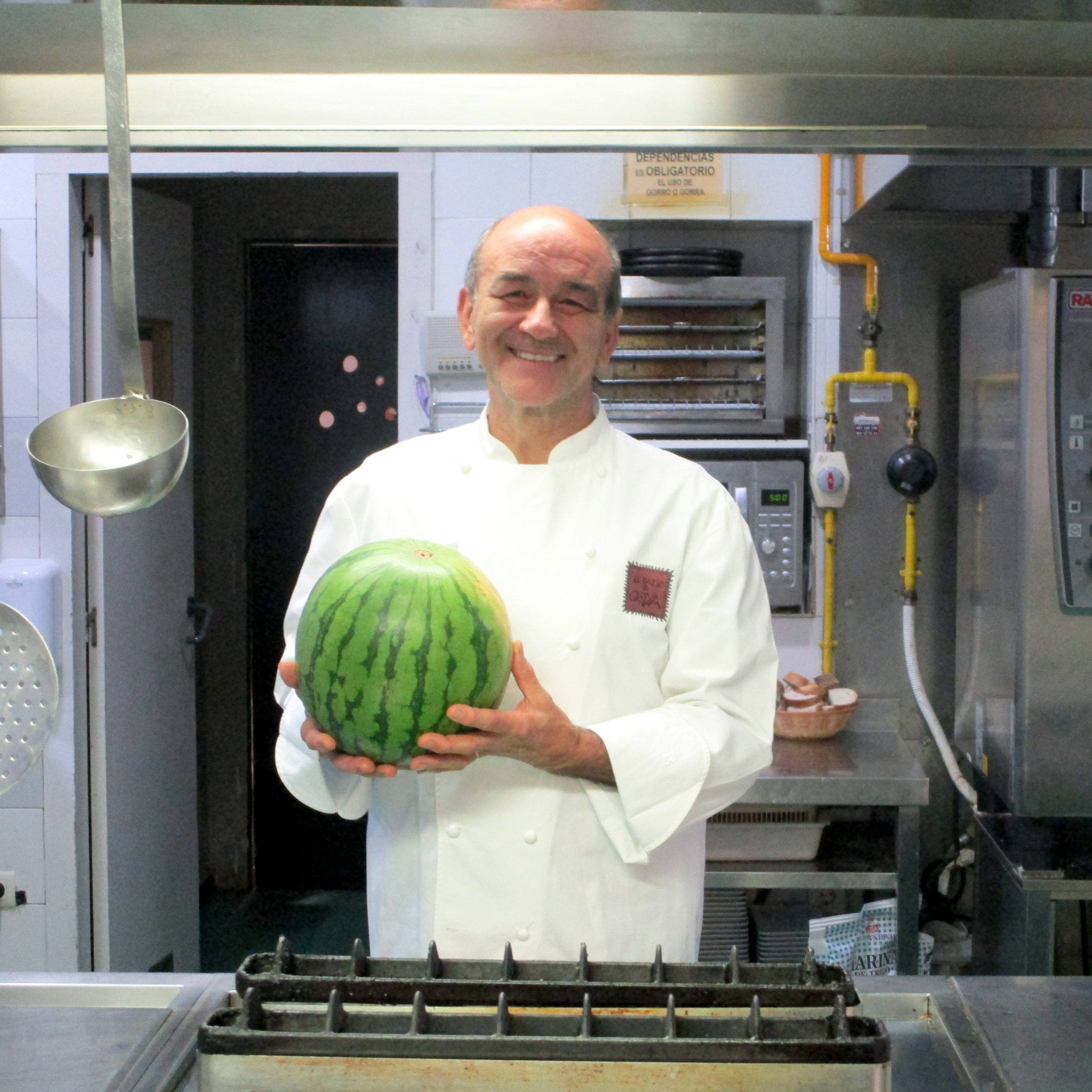 Steadily, during three decades of economic ebb and flow, José Carlos Martín has nurtured Aragonese gastronomy at El Patio, the family-owned restaurant he bought with his brother in 1987. Along the way they have added tapas, tasting menus and a new dining room as well was an avant-garde slant to some dishes. Many of José Carlos’s ideas come from travels around Spain or occasional masterclasses with other chefs: he remembers one in Zaragoza in 1992 given by Basque maestro Luis Irizar and Catalan chef Ferran Adrià. For New Art Carlos chose to recreate two recipes, the first borage broth, which he has enjoyed at home since he was a child, and the second mutton with pomegranate juice.  For the latter he took the man-who-ate-everything approach; he sourced an eight-year old Rasa Aragonesa ewe from a local sheep-breeder, who butchered it expertly in the old-fashioned carne y hueso style, with meat and fat on the bone. Back in his restaurant kitchen José Carlos trimmed and shaped the meat into small, thick steaks designed for slow braising. Alongside that he recreated the recipe with the meat of milk-fed cordero lechal and six-month recental to see how the three tasted when cooked the same way, and finally he brightened the plate with jewel-like pomegranate seeds and a sweet potato purée. “I’d never have come up with the idea myself,” says José Carlos, “but the sweet yet astringent pomegranate juice balances the richness of the braised meat perfectly. ”