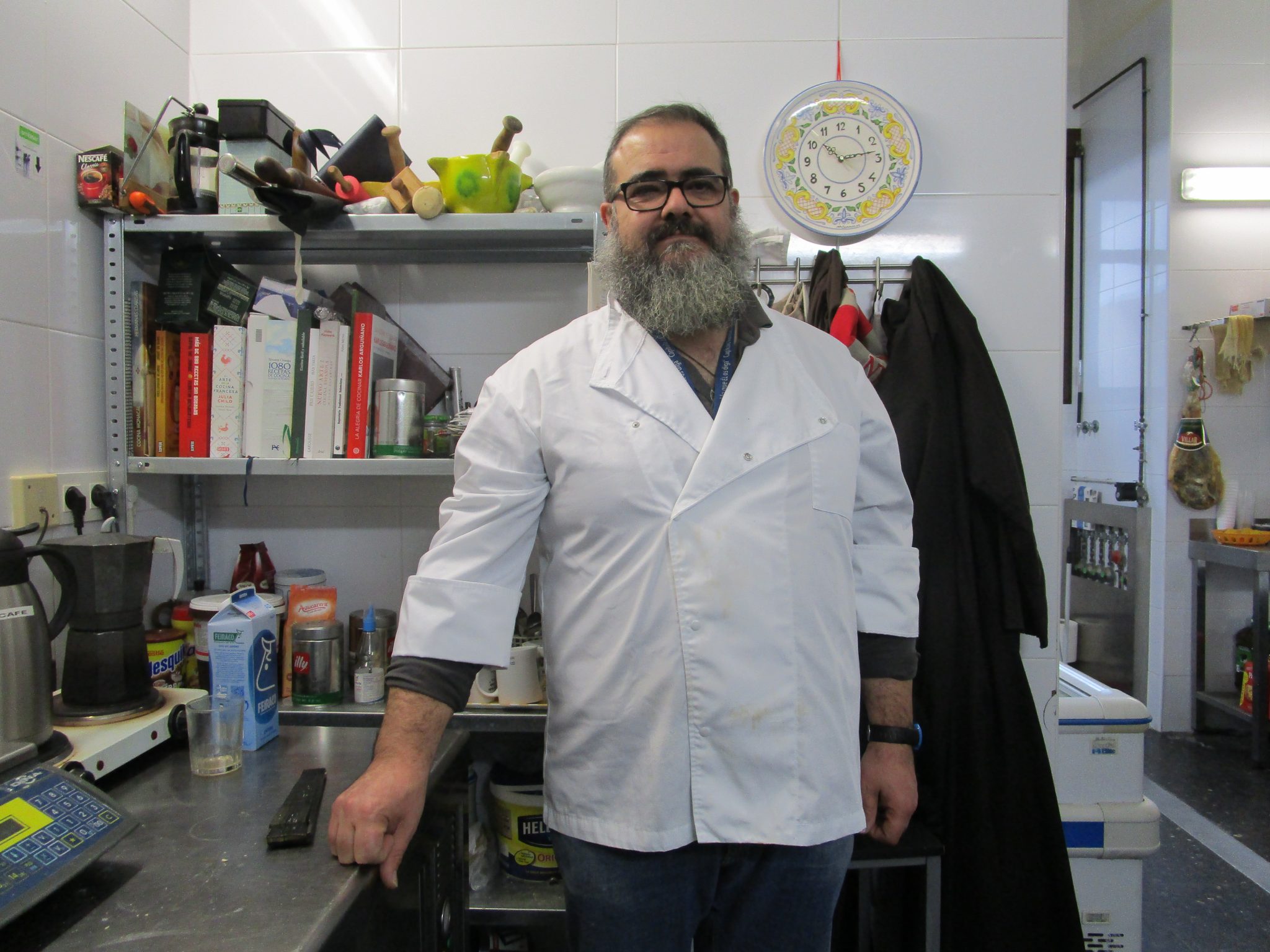 When a few years ago Fray Ángel requested permission to run the kitchen at Santo Espíritu, a Franciscan Observant friary, he did so from his belief that food could express the order’s ideas of simplicity. Brought up near Ciudad Real, in southern Castile, Ángel learned some farmyard, kitchen and bodega tasks while he was growing up, but he picked up his extensive knowledge of regional cookery techniques later, as a friar, working alongside other cooks in kitchens around Spain. Today his repertoire grows constantly as he prepares meals three times a day and seven days a week, cooking not only for the friars’ refectory but also for their hospedería. Couscous salad with pineapple, wafer-thin empanada pie with sobrasada filling, lentils with rice and Sunday paella describe the style, which Ángel distinguishes from restaurant cooking although it is clear to anyone who eats his food that he is an exceptionally creative cook. Challengingly, he serves exactly the same food to the friars as he does to guests in the hospedería. When I asked Ángel why he chose to give a modern version of salt-cod cooked with fresh tomato sauce, he explained that when he was a child his family preserved their tomato crop to use in dishes like this one that were cooked right through the year. His version is highly original, drawing the gelatinous skin-plasma of the salt cod out of the fish and into the olive oil, which enriches the fresh tomato sauce and gives it body and texture.