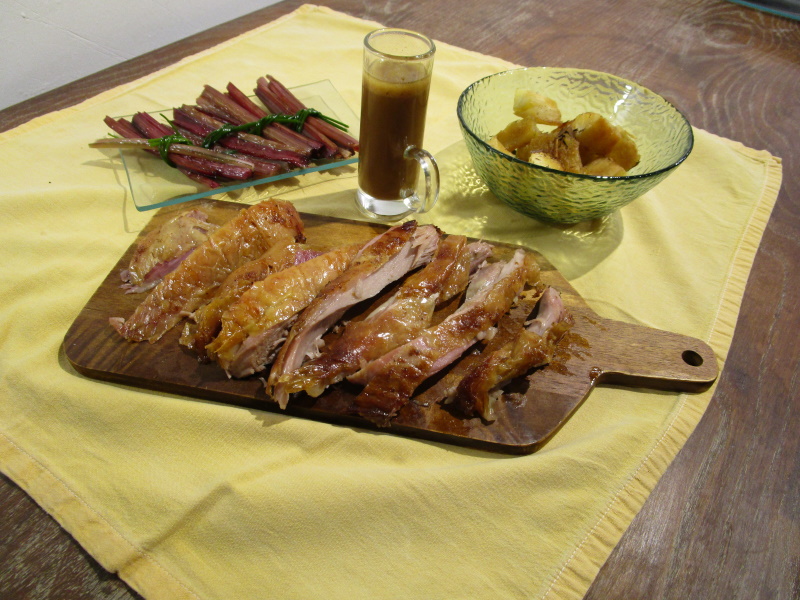 Of Altamiras’s two turkey dishes one, apparently original, involved larding and roasting a fat bird stuffed with cardoon and lettuce, and the second was a spit or oven-roast turkey served with a sweet-sour lemony sauce. It is hardly surprising the friars had luxurious lemons to hand; they were grown in friary patios for medicinal use and at Monasterio de Santo Espíritu a retoño survives from one of the Valencian kingdom’s earliest lemon trees. Altamiras’s turkey sauce can be seen evolving from one given in Llibre de Sent Soví, an anonymous 15th-century manuscript in which spiced almond milk, broth, lemon juice and sugar were boiled till thick for “Llimonea”, to be served with the bird. In printed cookbooks that followed, however, it was simply called “salsa de pavo” to which roasted bird’s livers, bread and beaten eggs might be added. By 1611 Montiño had removed the sugar, in line with the new French divide between sweet and savoury. He associated the dish with December banquet menus although Catalan friary accounts reveal Franciscans serving turkey more often at fiestas, buying it at market for San Francisco’s day or Epiphany, perhaps because spring lamb and veal were not available.
Altamiras spun the sauce around, adding back in the sugar but removing other ingredients, including the almonds, to give a soursweet citric glaze, which remained unchanged in all editions of his book until 1905. Today his eighteenth-century recipe remains as good as ever, served either the Spanish way, following a vegetable first course, or with roots and greens garnishing the bird.