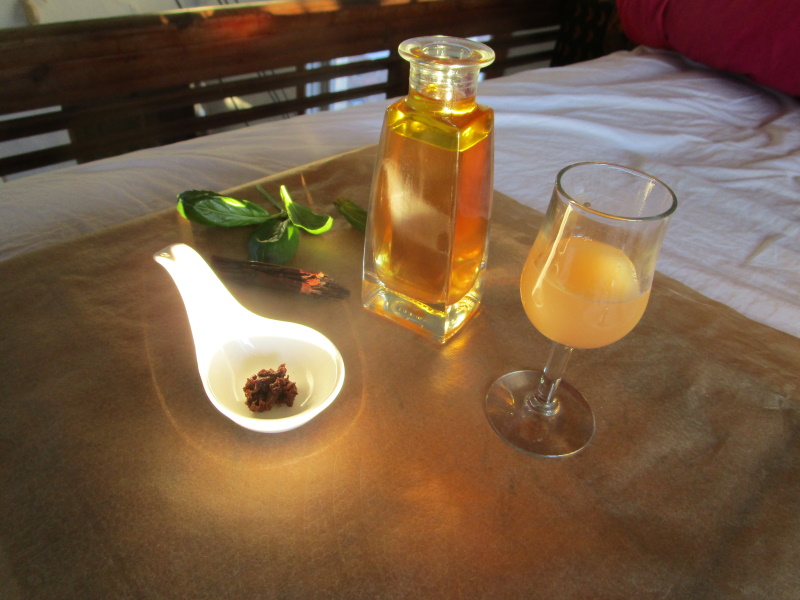 Exactly when or how modern Spanish cooks rediscovered dried agraz or sour grapejuice grains we do not know. Medieval Navarrese fermented verjuice pressed from acid Garnacha grapes enjoyed a heyday, but it seems to have been over by early modern times for by the early 16th century Robert de Nola was proposing only fresh drinking juice with basil while his contemporary Alonso de Herrera, author of a classic farming manual, recommended cooking with salted rather than fermented verjuice “where no oranges grow, nor could ever grow easily”. The sour oranges of al-Andalús continued to be popular in Christian kitchens, but not sundried verjuice, perhaps because everyday popular techniques for making it were not recorded. Mentioning it in a 13th-century recipe book, Ibn Razīn a-Tuğībī had assumed nobody needed a recipe, and it was only in 1611 that one went into print in Spanish. Martinez Montiño, the Hapsburg’s longest-standing palace cook, took “well grown and very green” grapes, then pressed, bottled and decanted the juice till give a very cloudy juice, which slowly settles to a crystalline liquid and ready either to seal under olive oil or to sun-dry to a solid paste similar to classical Greek omphacium. Once the paste was hard – this would not take long in the dry summer heat of the meseta – he would grind it, moler, to give small grains he kept in a box; and “when you want to use some”, he advised, “you will dissolve it in a little water, or broth from the pot ….” Unlike Taillevent, Montiños used his verjuice sparingly and Altamiras specified grains for even fewer fiesta dishes like Carnival baked ham slices and roast lamb’s head though he called for agrio of one kind or another in chicken pepitoria, braised duck, poached trout, and salt cod. Altamiras probably used Montiños’s recipe, which is easy to recreate using a gentle slow home-juicer. Old-fashioned grapes full of flavour, semi-ripened by midsummer, do give a very green juice that slowly settles over a month to a crystalline golden liquid ready for decanting and drying. Along the way, I asked myself, is such effort worthwhile? Four months later, with a very small jarful of paste and a few small bottles of agraz to show for patient work, I would resoundingly say yes, not only for the pleasure of recovering a distinctive lost product and flavour, but also because both liquid fresh agraz’s fruitiness and its dried pure acidity are unique, sparking alive any dish you make with them.