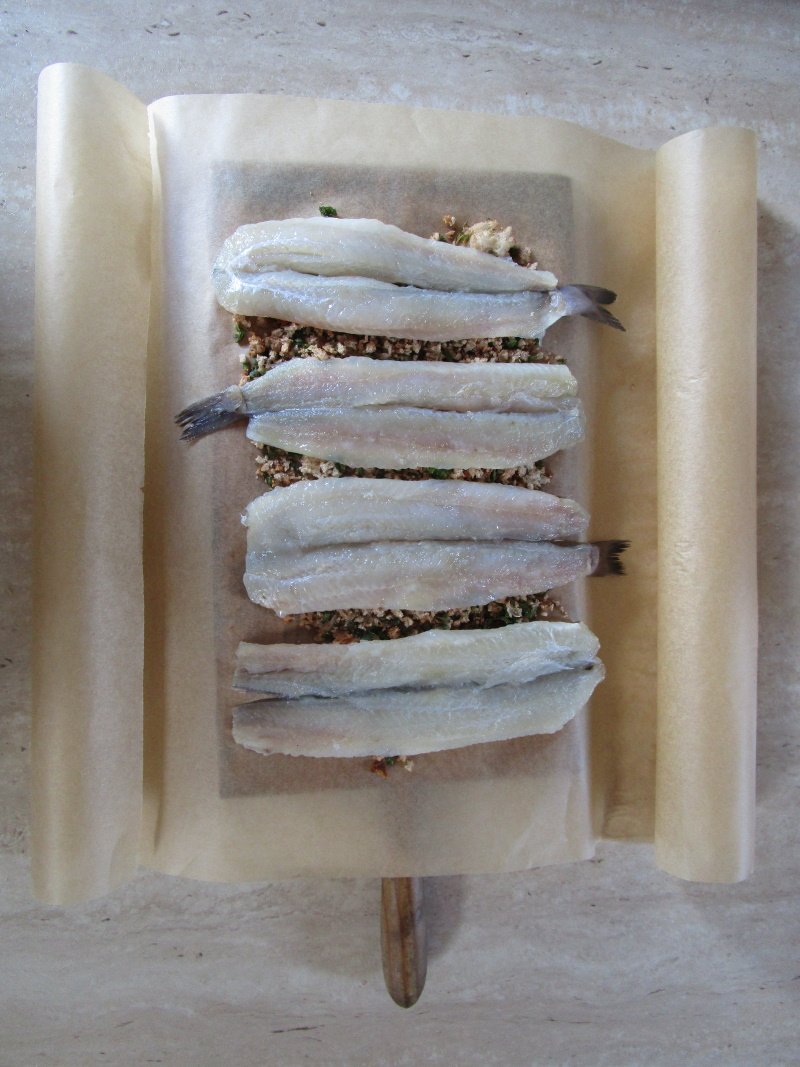 SARDINES BAKED IN A PAPER BOX

In August 1770 New Art went back to press for the sixth time in Gerona, but with a difference. The original recipes were expanded and the friary spirit sacrificed to the addition of court classics from Montiños’s Art of Cookery (1611) and De la Mata’s Art of Confectionery (1747). Probably this edition lacked Altamiras’s permission, and very likely it followed his death, but it did include a couple of previously unpublished recipes true to the spirit of New Art, including paper-wrapped spiced sardines baked on a bed of parsleyed breadcrumbs. Whatever the source of the dish, it reflects Altamiras’s gastronomic ideas well, giving beautifully cooked, spiced sardines easily prepared over an open fire or in the simplest kitchen. Coarsely grated, oven-dried barley or rye breadcrumbs work well as the base for the fish, and if your sardines aren’t spanking fresh you can brine them, whole or with the backbone removed, before drying and laying them on the crumbs for baking. Served from the paper parcel, these take little more than 20 minutes to prepare, giving healthy twenty-first century fast food, which has a second advantage, possibly explaining the recipe’s origin: no nasty fishy smells are left hanging in the kitchen’s air. When the original editions of Altamiras’s book published in his lifetime began to be recovered in the early 20th century, this recipe was omitted, but it’s worth recreating to remember the heady effect of spices in enclosed papillote cookery.