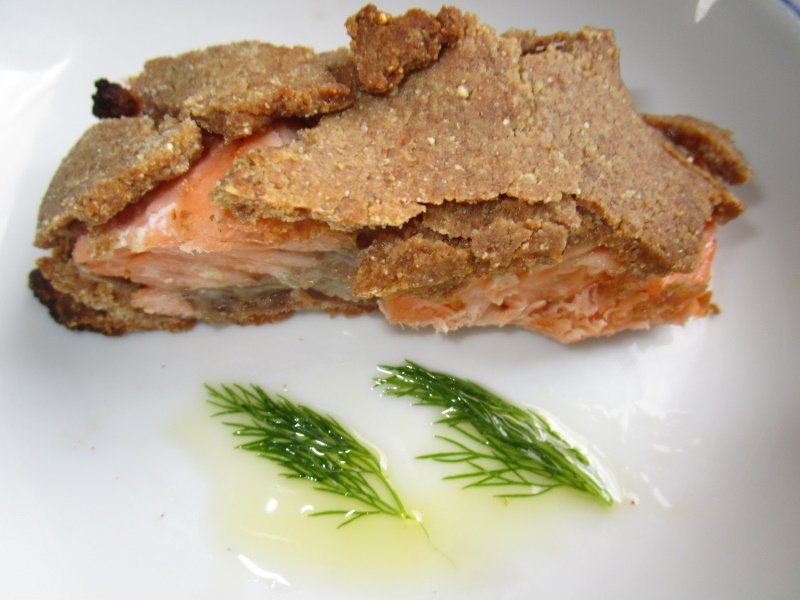 Altamiras offered an unexpected and diverse range of pastries, mainly original recipes avoiding court cookery’s complex techniques and precise formulas. In his 1611 baroque cookbook Martínez Montiño had included a flaky pie crust for which butter was smeared over and rolled into the dough, just as chefs do today for pâte feuilleté or hojaldre; a rye-flour masa negra, or “black dough” to help preserve a venison filling; and a sweetened lard pastry made with harina de trigo floreada – fine white flour – for empanadillas with precooked sardines, pork crackling torreznos or pig’s trotter fillings. This empanadilla pastry, made with egg and wine as liquid was, he said, “one of the best that is made.” Altamiras adapted these ideas, probably for practical reasons, but in so doing he intoduced new flavours and textures. He suggested diced cured ham fat as an alternative to soft lard for meat pies, he proposed a warm-water crust for chicken or rabbit pies, he gave a deep-frying batter for borage and salt-cod, and, perhaps most deliciously and unusually, he offered an olive oil, anis and aguardiente dough for his Lenten fish pies. Nearly all these early modern recipes work well today made with spelt, rye and wheat flours, providing you take the flours’ varying absorbencies into account. You can also revive the use of his different fats: soft, home-made, creamy yellow Iberico lard to replace everyday shop-bought lard in crusts for meat and poultry pies, and olive oil with anis in his fish pie. For home-made Ibérico lard, dice the fat discarded from a cured ham leg or provided by a charcutier into a medium-sized pan of water, heat to a steady simmer for 20 minutes, adding herbs for flavour if you like, and then cool till the fat solidifies on top. It keeps well in the fridge for a week or two before its flavour becomes a little rancid.