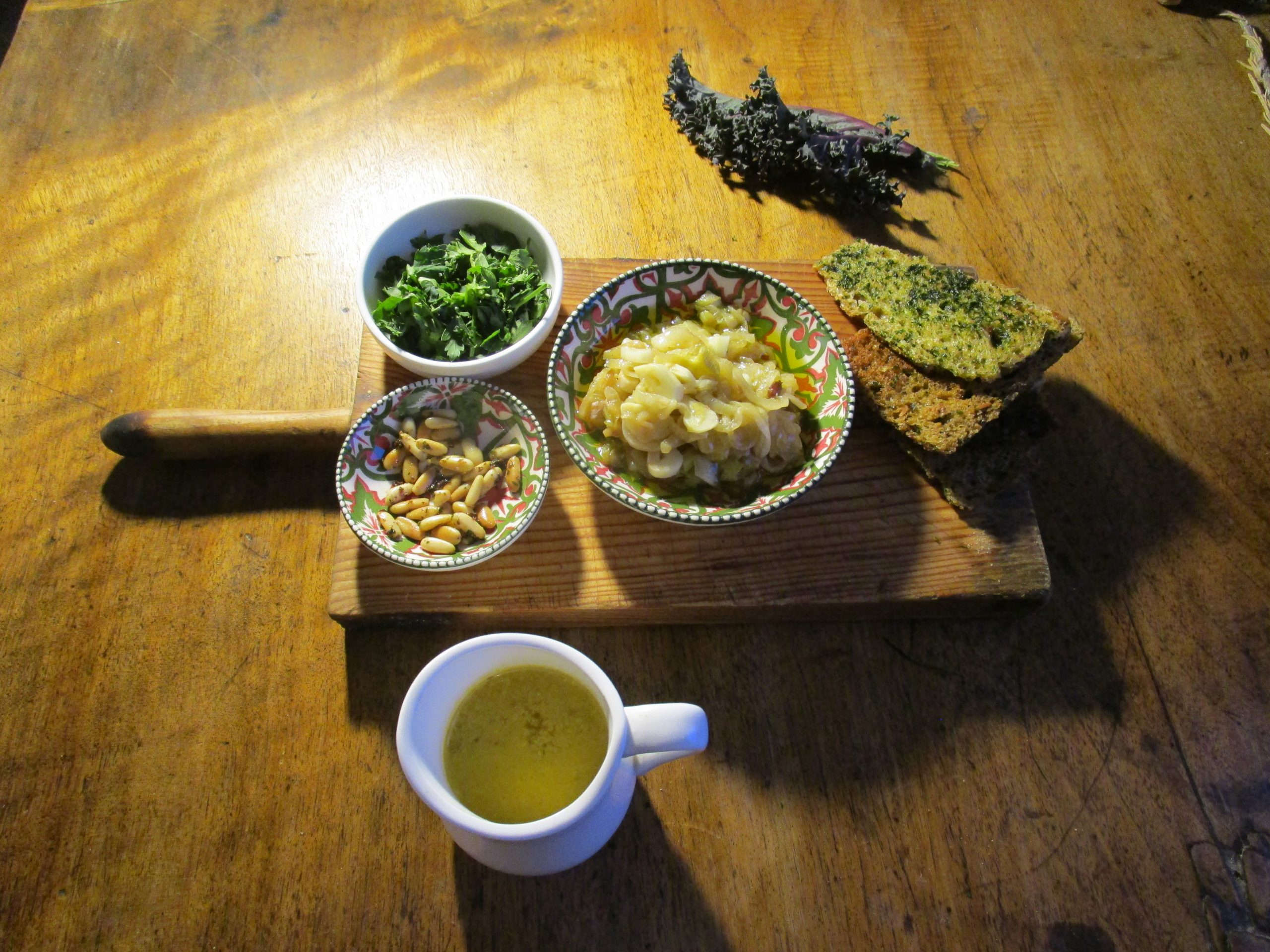 We tend to think of veganism as a modern way of eating. Perhaps it’s the packaging, generally designed to lend a hi-tech 21st-century feel to soy and other protein substitutes. Yet, as flamencos tend to say modestly, “ya está todo inventado”: everything’s already been invented, although it may be deconstructed, remixed, reinterpreted or redesigned. Until well into the twentieth century  most household cooks in everyday kitchens were practised at improvising vegan dishes within a seasonal fasting-and-feasting rhythm highlighted by occasional meat, fish and dairy products, eaten only when affordable, generally on fiestas such as saints’ birthdays. Altamiras clearly relished the gelatinously juicy and smoky flavours of his braised and roasted meat dishes, which he wrote up enthusiastically, even mouth-wateringly, but he also gave several recipes for protein-rich vegan fiesta dishes, like his arroz con leche de almendras, almost unchanged from printed late medieval versions. This savoury, creamy hazelnut or pinekernel soup is far more original and consummately clever in its sweet intensity of flavour, so satisfying when meat is rarely on the menu. The creamy soup is poured over slowly sweated onions and garlic, which are in turn spooned over bread sops left to soak up the creamy liquid, with more added on top. Almost as white as a creamed rice pudding, or pale gold if you finish it under a grill, this soup was hard work for Altamiras: he had to flake off the nut’s fine skins then pound his small dryland hazelnuts. But with careful shopping and modern domestic kitchen technology it becomes easy, and the final dish is worth the effort. Altamiras suggested boosting the flavour with “a little” cheese on meat-eating days. Probably he was thinking of a grated chunk of ewe’s milk like Tronchón or Manchego, but take care, for you need very little to highlight rather than hide the soup’s subtleties. What you do need, and are must-haves, are your dryland hazelnuts, not much bigger than a little finger-nail, a few pine-kernels, a few slices of firm-crumbed wheaten or rye or mixed-grain or corn bread, fresh or a few days old, and a characterful olive oil, mild or punchy. A large plateful of this soup, as Altamiras probably served it to fill empty stomachs at supper-time, would today be a meal in itself, with a full cargo of proteins for vegans, but I prefer making miniature versions to serve as a first-course soup or a semi-liquid canapé since it’s great for absorbing alcohol. If you fry the bread first it should remain crisp during soaking under the soup and you can crumb some for texture on top or dip the rim of a serving glass in the crumbs, so they’re built into the textures of a drinking soup from the first mouthful.