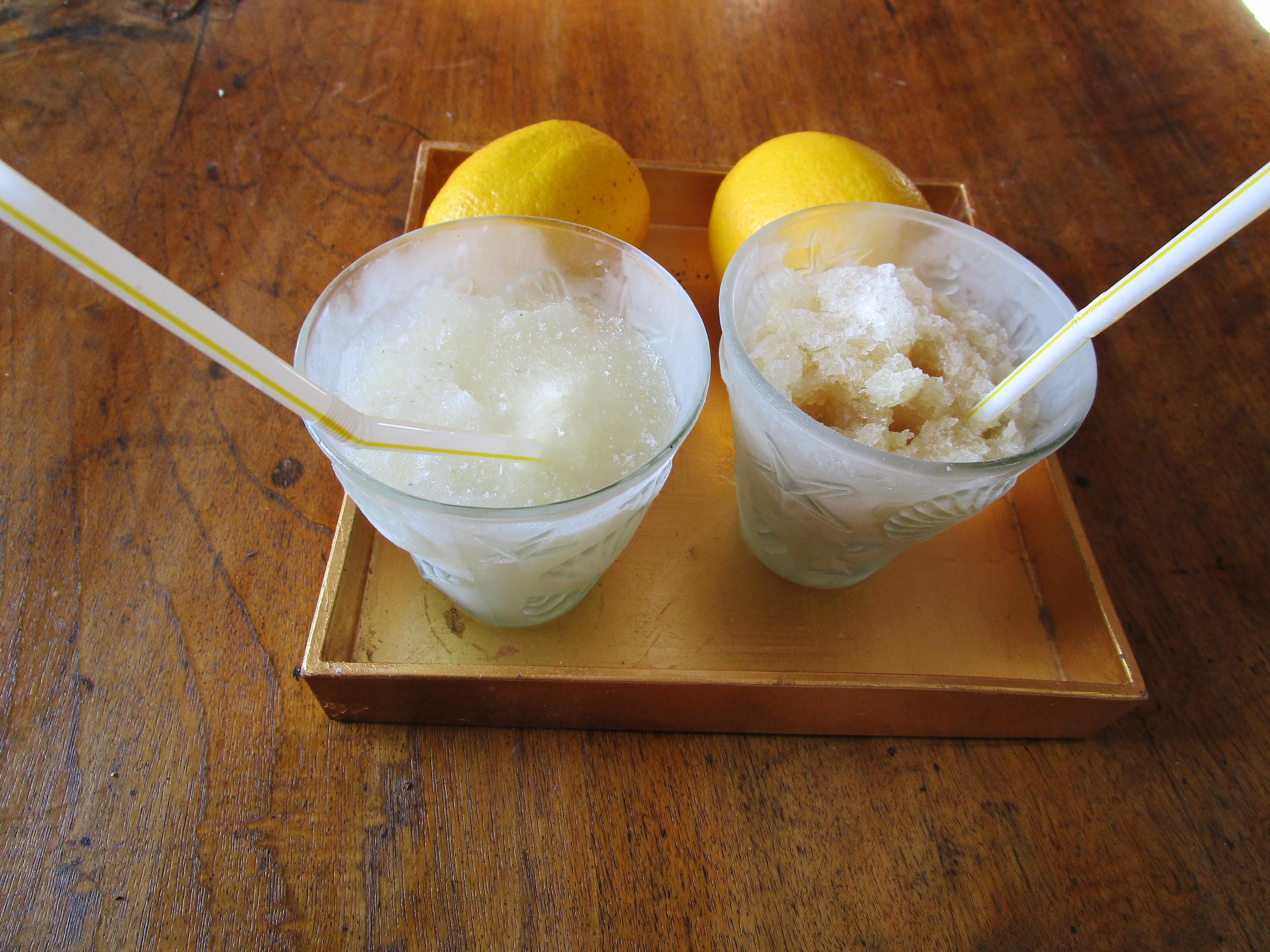 Among Altamiras’s recipes new to Spanish cookbooks were his granizados or iced slushes flavoured with lemon juice, cinnamon syrup, or almond and cow’s milks. His lemon granizado is easy to recreate today with the flavours he knew, using cane sugar syrup and a zesty citrus infusion to give a tangy drink very different to sugar-heavy courtly recipes like those in Juan de la Mata’s 1747 book. Court cooks were well supplied with granizado ingredients, purchased at considerable cost while Altamiras acquired them economically: snow and ice harvested at San Cristóbal and preserved for summer use in a domed ice well; mineral or marine salt for the freezing churns in which drinks and sorbets were made; and cane sugar, grown on the Spanish coast. Soft snow was supplied to Madrid’s court by horse and cart from the sierras west of the city, but rural friaries, like San Cristóbal, as well as urban markets which grew around municipal ice-wells, more often used snow and ice compacted for storage. Records at Arantzazu in Navarre reveal the friars harvesting snow this way with the help of neighbours before they built a well in the 17th century. By then the mini ice-age, usually but variably dated from 1550 to the 19th century, was well under way. During this period temperatures dropped, rainfall increased, and the altitude of snowfall dropped all round Spain. A widely published Spanish language medical debate on snow’s virtues, linked to an Italian one, coincided with the early part of the period, and very likely this medicinal thinking, as shaped by the four humours, explains the tanginess of Altamiras’s granizado made with lemon zest marinated overnight as well as juice and sugar. I also like to make this recipe with oranges, adding a few drops of vinegar and a little orange-blossom water to evoke the juice of naranjas amargas, or bitter oranges, which grew in Franciscan friary patios and occasionally still do today, as at San Espiritu de Gilet.