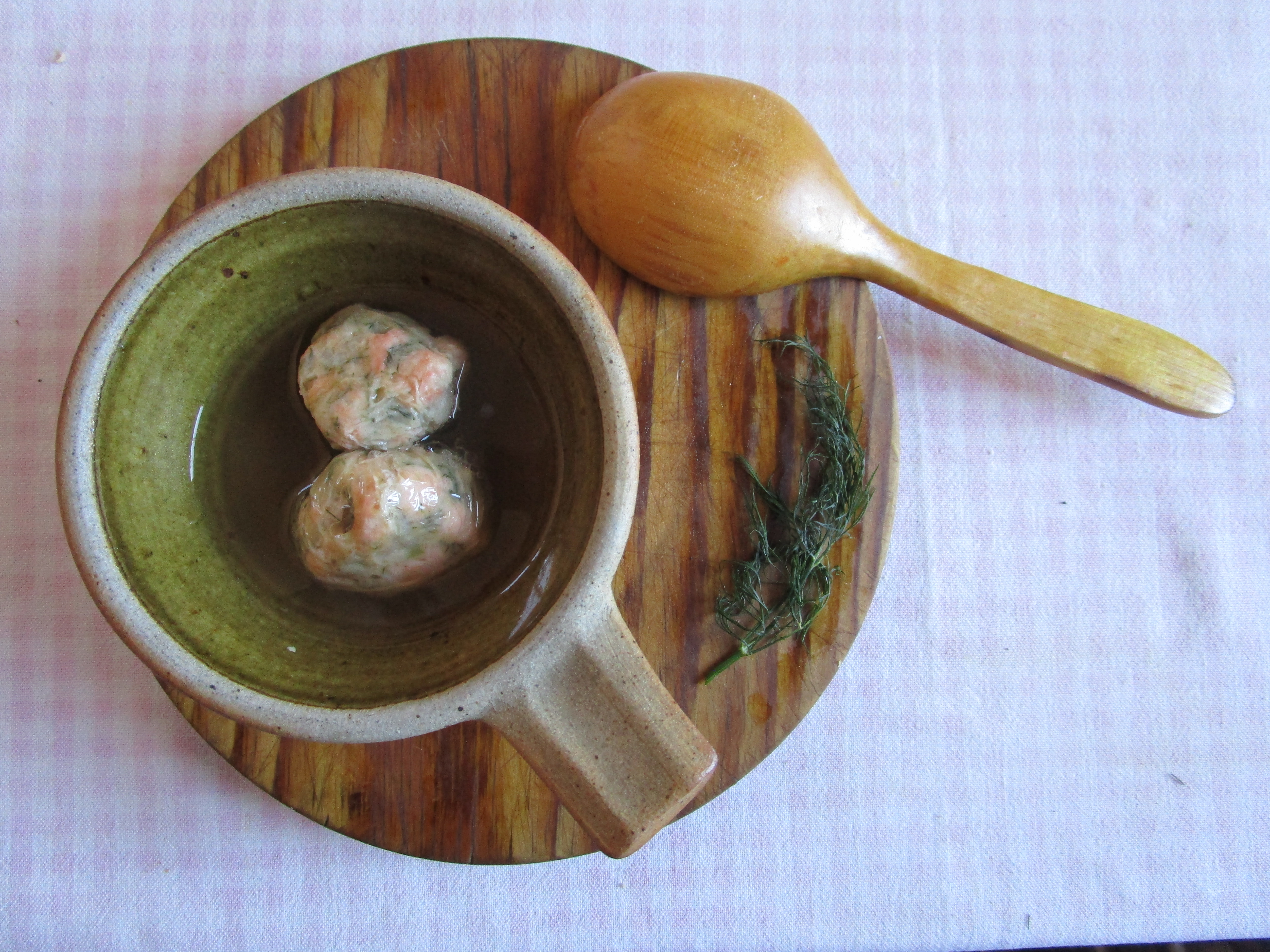 Altamiras was probably thinking of southern friary cooks when he gave five recipes for sturgeon, or sollo. It appears in San Diego’s kitchen accounts only occasionally, usually in December and in small quantities, perhaps as fiesta food, hardly surprising since damming of the Río Ebro had begun close to the coast in the 11th century and sturgeon could no longer reach spawning grounds upstream. They still swam in the estuary where they were sold at Tortosa market, and abounded in the Río Guadalquivir. Among Altamiras’s various dishes he offered grilled, poached or roasted hunks of sturgeon, sweet fishcakes and these little fishballs – almondiguillas – in chickpea broth. They are more like dumplings than the fishballs we know from oriental cuisines, soft and spongy when freshly made, as here, with organic salmon chopped by hand and a mild chickpea and fish stock . Altamiras suggests adding “a little chopped greenery” to the dumplings and I like to use fennel, with pinches of cinnamon and cloves added to the broth. Diego Gallego, chef at Sollo and a specialist in river fish cookery, came up with a wonderful reworked version of this recipe for the book: he makes larger fishballs rolled in a velvety pimentón coating, baked briefly and then simmered and served in a brandied chicken broth.