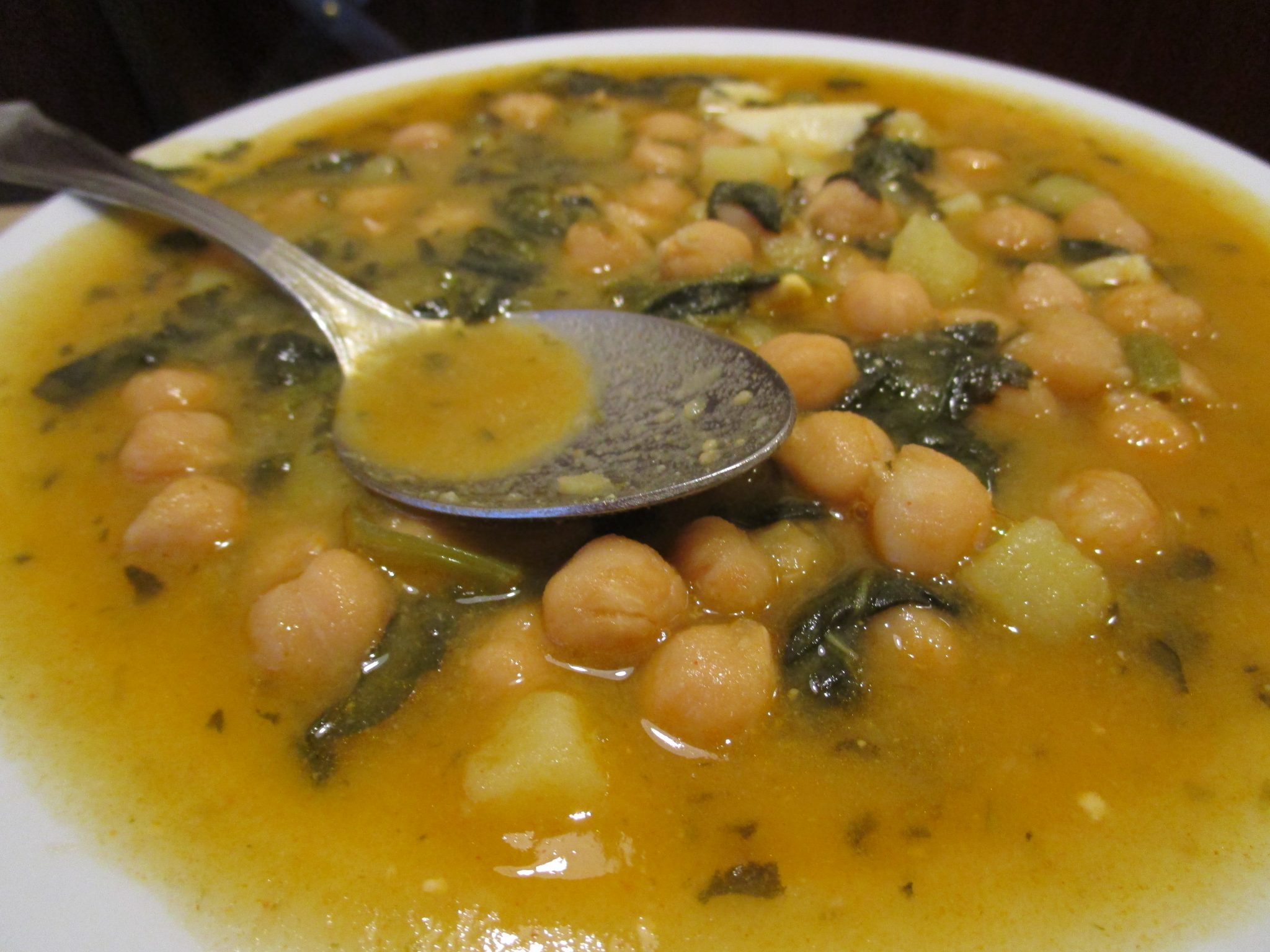 Today, when Spaniards talk of chickpea potaje, they are invariably talking of a soupy stew slow-cooked with salt cod and spinach, often with hard-boiled egg added before serving. Now also known as potaje de cuaresma, or Lenten stew, the dish is one of a few whose humble flavours have managed to win growing popularity in an age  when tastes are shaped by avant-garde cuisine and exotic flavours. Ironically, the dish had no Lenten associations for Altamiras, who gave the first recipe in print. It was simply a variation for any potful of chickpeas on to which he tacked a witty warning against mouldy bacalao and a thumb’s-up on throwing in a handful of greens, or yervas, when surprise visitors needed feeding. Nowadays cooks often add diced sweet red pepper and pimentón, both rejected by Altamiras, but it is worth experimenting with his 1745 flavourings, a mix of spices and raw salt-cod’s brininess added to his green flavours. He soaked his chickpeas in chard or spinach broth, added raw and not cooked saltcod, preferably the head for a deep flavour, and followed up with fine spices – cloves, cinnamon, saffron and pepper – as well as his very finely chopped or pounded greens. Any variety of chickpeas from around the world will work well – Spanish ones include Castilian Fuentesaúcos, Pedrosillanos, Lechosos, Valsecas, Morañegas, Maragaterías, and Andalusian Escacenas and Kasins – but more important, indeed vital, is the time the chickpeas have spent in the larder since harvesting and drying.