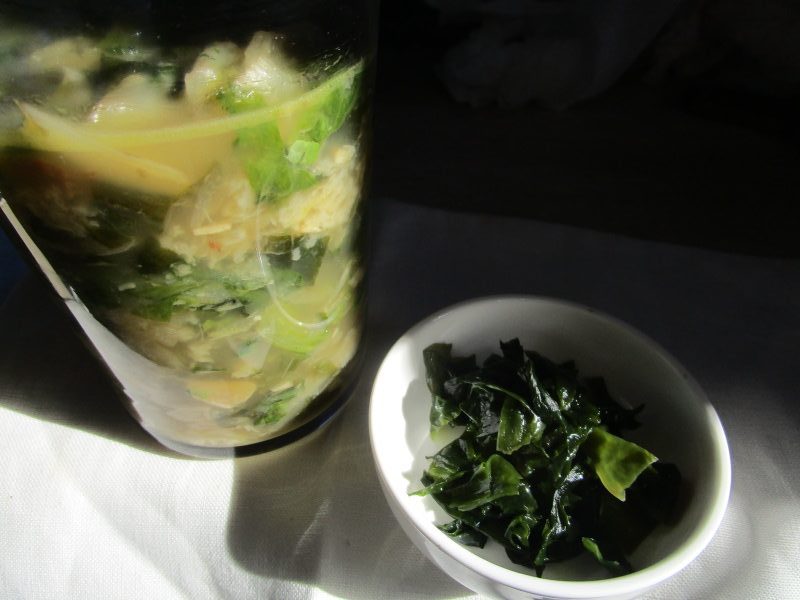 Historians and modern cooks have tended to overlook Altamiras’s dozen soups, an exceptional mix of old and new early modern Spanish recipes. Some are bread soups with hidden nuggets of savoury and sweet flavours, so eating them is little like a bran-tub effect. These are inherited from baroque soups of earlier courtly cookbooks, but his thickened mutton broths, cooled in a hay-box for degreasing before thickening with eggs, and his soups for days of abstinence are originals, modern in their simplicity. Among them this leafy green soup, bread-thickened but drinkable, was picked by Emilia Pardo Bazán for inclusion in her 1913 Spanish recipe anthology, La Cocina Antigua. She gave burete as the title for Franciscan catch-all potfuls, and Alicante’s late vegetable borretas may be closely related cousins, but Altamiras’s recipe is specific, with a balance of his home-grown kitchen-garden greens – parsley, shredded lettuce, mint and chard stalks – laid over a foundation of sweet, sweated onion. Altamiras probably occasionally threw in turnip tops, spinach, and wild leaves, but his original leafy medley is brilliantly aromatic and fresh. Inspired by a Galician families who have turned back to harvesting seaweed today, I’ve also begun adding algae. We may think of cooking with it as a late 20th-century borrowing from oriental cuisines, but those who live close to the Galician ocean remember their grandparents eating it and while it is almost impossible to find evidence of these kind of ingredients, too poor to mention, except in oral memories, it seems a likely vegetable source for Lenten cookery. You can use fresh or dried varieties, but I especially like the new semi-fresh salted algae, which gives a rounded brininess to kitchen-garden greens’ sweeter muskiness.