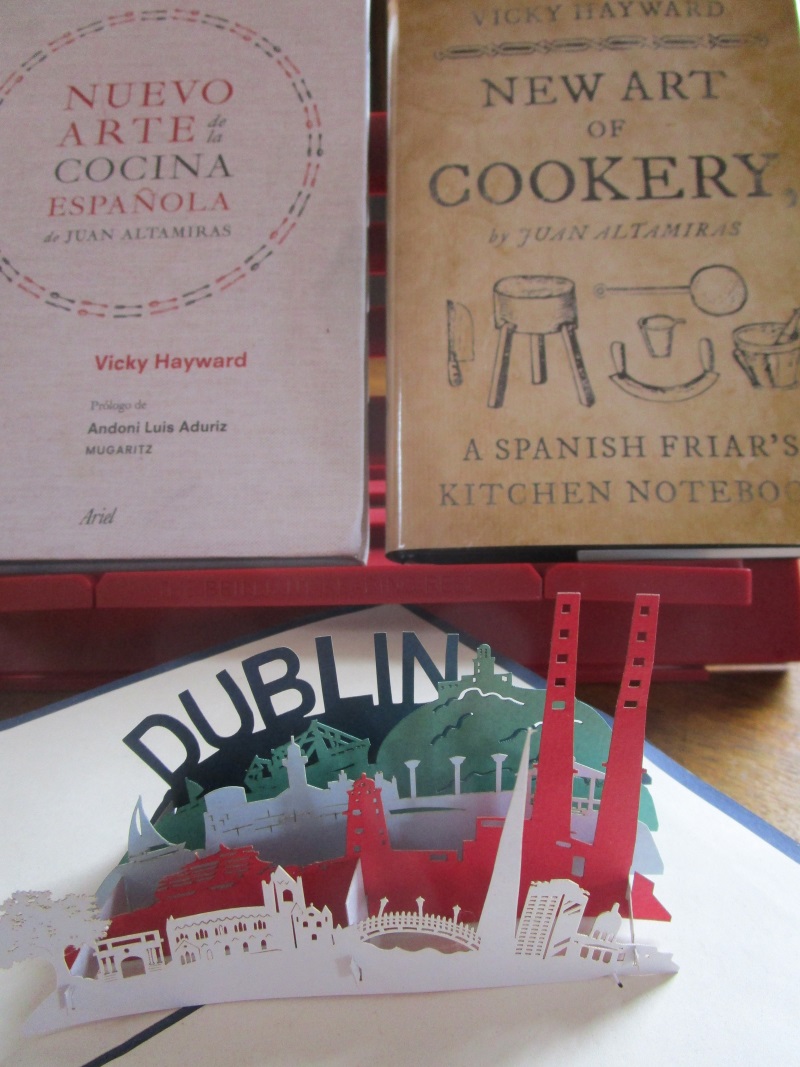 The Dublin Gastronomy Symposium chose as its topic for 2017 ‘Food and Power’. For this, and in particular for a session dedicated to three talks about Franciscan food history, a topic now opening up as a new research area in Ireland, I wrote a paper about Altamiras’s work viewed within Spanish philosophy from the 15th to the 18th centuries. However, the Symposium, held in Dublin’s main centre for professional cookery education (DTI), is much more than simply an academic meeting. Hospitality and the exchange of ideas over food comes to the fore in the DTI’s dining room, where students cook, and in venues like Chapter One, where Ross Lewis, a founding father of Ireland’s food renaissance, uses superb local produce in European cookery highlighting distinctive foods and flavours.

Franciscan Values in Spanish Culinary Culture: From Eiximenis to Altamiras

Amsterdam Symposium on the History of Food, «Food, Hunger and Conflict», 2015