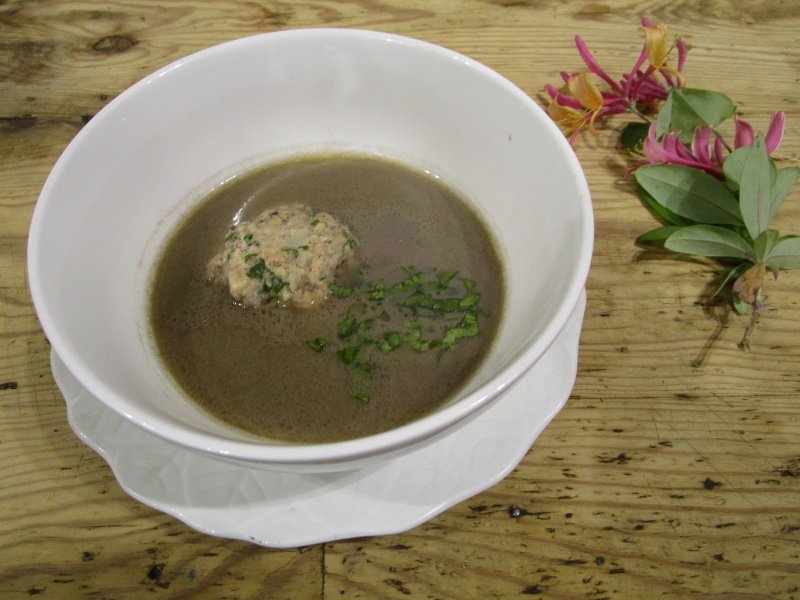 Modestly, Diego Gallegos avoids attributing his Michelin-star status at Sollo to his cooking. “The restaurant has a dimension of simplicity: we have no tableclothes on the table. Our star reflects our sustainability rather than a luxury experience.” At Sollo, in Fuengirola, on the Andalusian coast, he specialises in river fish reared at his own aquaculture unit, but he is also known as the “caviare chef” and, by sustainable extension, as a sturgeon cook. Many of his clients are Scandinavian. His connection to river-fish began by chance, via organic caviare farm Riofrio, but he as time has passed he has become passionate about recovering lost species and, equally, about fresh-water aquaculture as a model for future food production. “It isn’t difficult to do sustainably, economically and following a strict health code. Aquaponic systems aren’t expensve, and can be taken up to a large scale easily while chefs can show how to cook a lost species.” Sturgeon is perhaps the single best example of such recovery. Considered the finest of all fish in classical Roman times, served to Emperor Severus on a bed of roses, it still swam in Europe’s great rivers in medieval times – the Gironde, the Po and the Guadalquivir – but died out as damming progressively prevented it swimming up-river to spawn close to the spring and autumn equinoxes. Cookery book authors gave recipes in half dozens or dozens, enough to deal with such a large fish – Scappi gave twenty-seven – but usually came back to simple techniques: Scappi hung raw flesh briefly and poached it while Altamiras’s contemporaries, Hannah Glasse and Menon, roasted it with plenty of butter. Diego’s approach also emphasizes simplicity.”I never like using more than three or four products in one dish.” His caviare he serves as it comes; his sturgeon flesh may appear in a confit, or brined and spiced and fermented; or in a stock made from its bones. His sturgeon albóndigas, developed from Altamiras’s recipe for New Art, were designed to evoke time and place. “I’d never cooked a historic recipe before and I tried to put myself in Altamiras’ place, in a rural life with few products, eking flavour from anything to hand: so I added the chicken stock, made from bones, and the skin from dried tomatoes, one of his signature ingredients. In historic recipes you can play with presentation and textures, which change in each era, reflecting cultural ideas, but the flavours of the fresh produce you’re cooking don’t evolve. That gives you a wonderful direct link back through the centuries.”