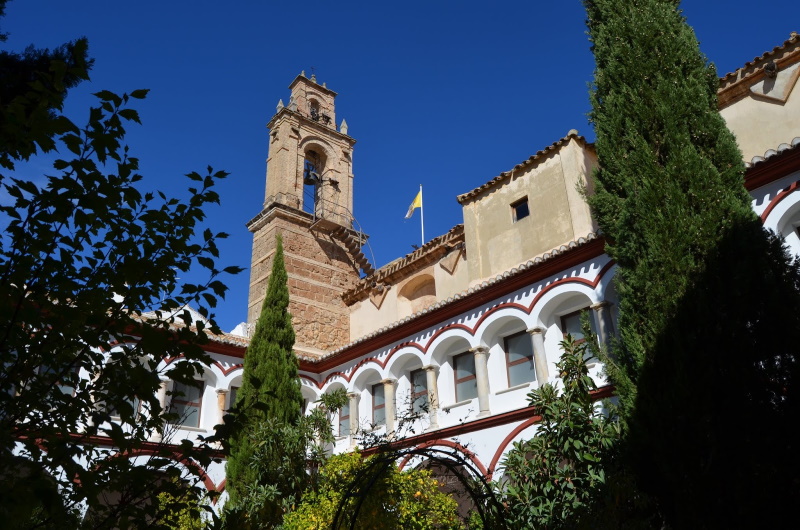 What exactly did Altamiras mean when he called his cookery a “new art”? The Asociación Hispánica de Estudios Franciscanos was a good forum for looking at the question with historians, anthropologists, lawyers, and philologists, all expert in friary culture. For 2019 the Asociación’s annual congress focussed on San Francisco in culture, especially art. Papers, presented in Priego de Cordoba’s elegant cloistered friary hotel, included an overview of the friars’ work along the silk road, a study of iconography in the Museo de Bellas Artes de Sevilla, and an analysis of Emilia Pardo Bazán’s study of San Francisco’s life. Fray Ángel Serrano and I were invited by the Associaation’s president, Manuel Peláez del Rosal, to talk before a celebratory meal. Ángel, who runs the a friary kitchen at Monasterio de Santo Espiritu, Gilet, explained his unique revival of Franciscan cooking, emphasizing why it still has relevance in the 21st century. Before he spoke I explained what Altamiras meant by “new art”, an idiomatic culinary vocabulary comparable to friary authors’ respected linguistic “arts” practised and written up in primers published to make their everyday life and work possible in Asia, the New World and Middle East. Afterwards, in El Mirador de Almendra, one of Priego’s many restaurants, we all enjoyed a comida of Altamiras’s dishes served refectory style. Our first dish was a chicken sustancia, pale to the eye and gently flavoured but seasoned, Andalusian style, with a tiny, powerful sprig of peppermint, a slice of lemon and a bread sop. The weekend of the Congress was a memorable one, not least for walks and conversation in the Andalusian style till well into the early hours of the morning.