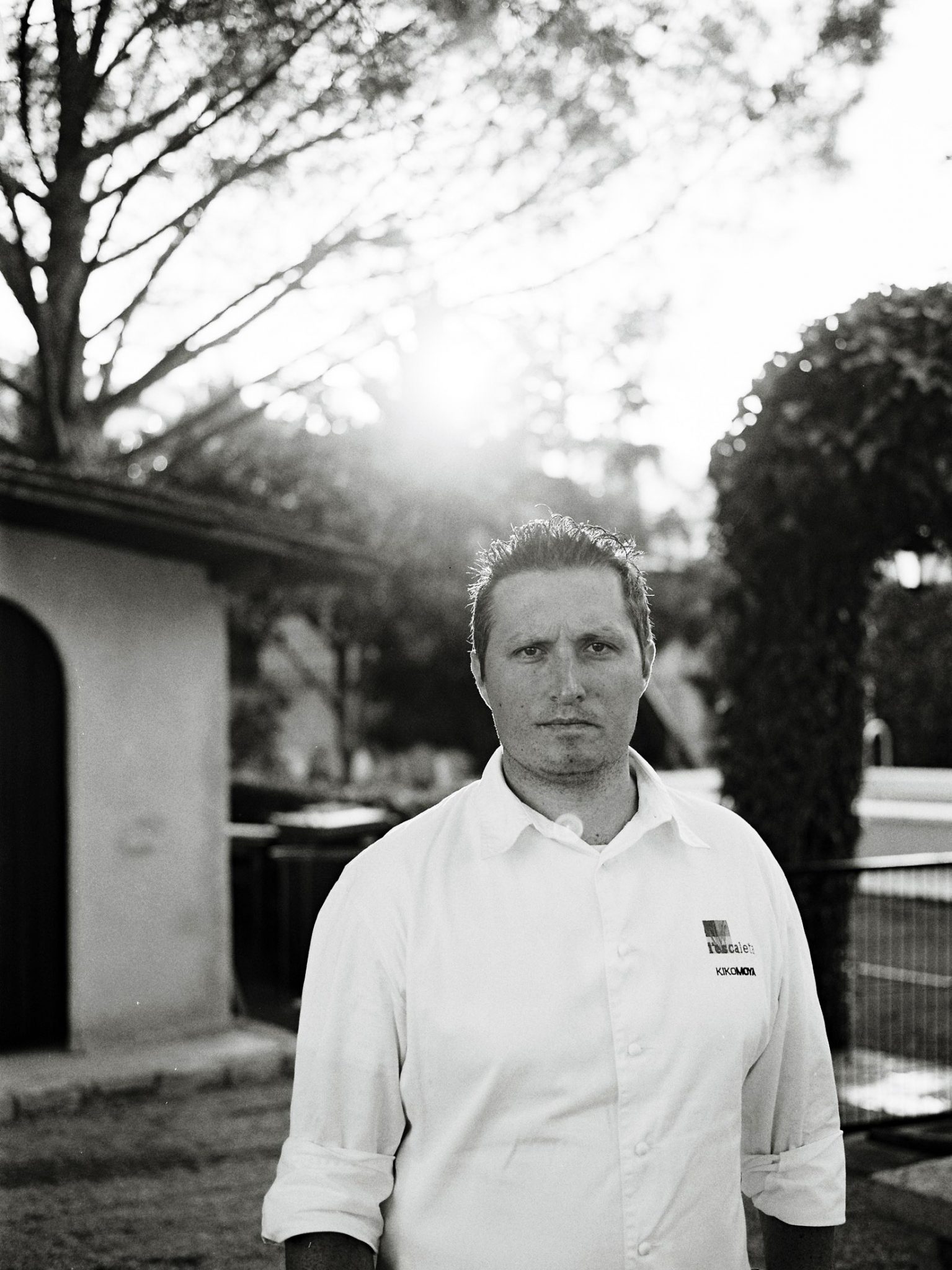 When you walk or drive up the dry slopes of Montcabrer, a rocky peak to the north of Cocentaina, a sense of timelessness settles over the landscape. Here, at L’Escaleta, a family-owned garden-restaurant set off a small country road, Kiko Moya crafts a rolling menu of diverse dishes evoking childhood memories, rural ways of life and Mediterranean flavours from past centuries. My first meal there began memorably with whipped and herb-seasoned soft Ibérico pork lard spread over locally baked bread followed by a brined egg yolk served with fermented garum sauce. Kiko’s culinary exploration of the dryland terruño at the foot of the sierras – similar in many respects to Altamiras’s homeland – is as detailed as his knowledge of local food customs and in the kitchen he joins these to a dazzling control of avant-garde technique thanks to time spent in Catalan kitchens, for example, El Bullí, Celler Can Roca and Talaia. He calls his culinary style cocina de entorno, literally, cookery from the local environment in the widest sense of the word. Kiko studied at a Franciscan school and I discussed Altamiras’s ideas with him for some time before he chose his dish, a chilled almond milk that he transforms to pay homage to the almond groves found on the lower slopes of Montcabrer. His dessert combines an airy, milky ice, a foam, pickled almond blossom and a rich cream of turrón to stunningly modern effect, but it also references the terroir’s long history of mountain snow wells, his father’s own hand-churned ices and the distilled imagery of Miguel Hernández, the great twentieth-century Alicantino poet.